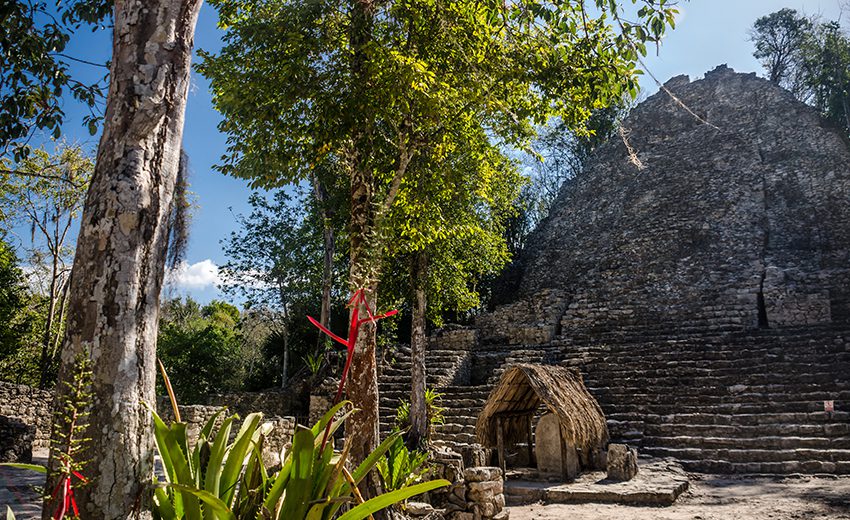 Coba is clustered around five shallow lakes, which would have provided inhabitants with fresh water in ancient times, and its name in Maya actually means “waters ruffled by the wind

Follow in the footsteps of 19th-century explorers on your own jungle adventure and discover Coba, ancient city of the Maya. Just 44 kilometers inland from Tulum in the Riviera Maya, Coba lies deep in the forest and many of its temples are still buried under a tangle of tropical vines, palms and tree roots.

German explorer Teobert Maler was the first European to visit Coba in 1891 after hearing tales of strange carved stones and temples hidden deep in the forest. Since then, a number of excavations have revealed that the long lost city is actually one of the Maya World’s largest archaeological sites, with an extension of around 70 square kilometers.

Coba is clustered around five shallow lakes, which would have provided inhabitants with fresh water in ancient times, and its name in Maya actually means “waters ruffled by the wind.”

The city reached its peak during the Maya Classic period, A.D. 250-900, when it was a regional capital and an important trade center, distributing goods to and from the Caribbean coast, Central America and cities in the Yucatán. Merchants would have bartered commodities such as honey, beeswax, cotton, henequen, cacao and copal incense that were produced in the region for sting ray spines, spiny oyster shells and salted fish from the coast and jade, obsidian, quetzal feathers and gold from Belize, Guatemala, Honduras and other parts of Central America.

At the height of its power, Coba is thought to have had a population of around 70,000 people. Unlike other Mayan cities in the area, it was still inhabited at the time of the Spanish Conquest.

Although the majority of its temples and buildings still lie under a mantle of vegetation, Coba is gradually revealing its secrets. The most recent breakthrough by Mexican archaeologists is the identification of a dynasty of 14 lords from the hieroglyphic inscriptions on stelae or standing stones at the site. This powerful house ruled the city from around A.D. 500 to A.D. 780 and had links to Ek Balam, Calakmul and cities in the Peten region of northern Guatemala.

Exploring Coba
A line of impressive ceibas, the sacred tree of the Maya, marks the entrance to the archaeological site and from there a network of trails leads off through the forest to the different clusters of temples. You can explore this huge site on foot or rent a bike or a tricycle, the traditional mode of transport in Maya villages throughout the Yucatan Peninsula.

From a distance you’ll see the crest of Coba’s most famous building soaring above the treetops. Standing 42 meters high, Nohoch Mul is the tallest pyramid in the northern Yucatán and the views from the top are spectacular. The narrow pyramid staircase leads to two temples where offerings of animals, conch shells, jade and a fragment of a stela were found.

About 70 meters southeast of the pyramid is Stela 20, the best preserved of 30 stelae, altars and carved panels found at the site. It depicts a lord standing on the back of a bound captive, surrounded by three other courtiers who appear to be paying homage to their ruler. Stelae were erected by rulers to commemorate events during their reign such as military victories, marriages and accessions.

Other building groups are the Cobá group, the oldest at the site, La Iglesia, another 24-meter-high pyramid crowned by a temple, the Ball Court, Las Pinturas, Xaibé or the Crossroads Pyramid and the Macanxoc group which has nine circular altars and eight stelae.

Coba is also famous for the sacbes or Maya causeways that radiate from the heart of the city. To date, 45 of these roads have been unearthed at the site, including the longest sacbe in the Maya World. This sacbe links the city with Yaxuna, near Chichen Itza, a distance of 101 kilometers. Sacbes were used for ceremonial processions, trade and military missions and to mark the boundaries of a city’s territory and influence.

Watch out for Wildlife
Maya mysteries aside, one of the thrills of exploring Coba is being in the jungle and catching a glimpse of some of the creatures that make their home among the trees. Towering chicozapote trees, tropical figs, cedars, chacas and ceibas compete for space, their branches festooned with lianas, orchids and bromeliads. Look up through the leaves and you may spot flocks of parrots and Yucatan jays, the yellow breast of the shy trogon and a flash of turquoise and russet as a motmot bird takes flight.

Families of spider monkeys move through the canopy in search of zapote fruit and agoutis, brocket deer and coatimundis forage in the undergrowth. Iguanas sun themselves on the rocks and huge morph butterflies in shades of iridescent blue flutter along jungle trails.

Choosing a trip to Coba
Thomas More Travel offers several different trips to Coba. You can spend the whole morning at the archaeological site or combine your visit with a side trip to the famous cliff top city of Tulum on the Caribbean coast and a refreshing dip in a jungle cenote or sinkhole.

Another trip takes you to Coba in the afternoon. After a guided tour of the ancient city and a visit to a potter’s workshop you’ll watch the sunset on the shores of the lake between Coba village and the archaeological site. Then you’ll venture into the jungle after dark to watch the representation of the ancient Maya ball game and part of the Maya creation story, the Popol Vuh.

For even more jungle thrills, the Mayan Encounter trip includes a guided tour of Coba, zip lining, rappel, snorkeling in a cenote, a visit to a Maya village for a nature walk, a Maya ritual and a lunch of traditional Yucatecan dishes.
Visit www.thomasmoretravel.com or call in at the tour desk in your resort during your stay.

Visiting Coba at your own pace
If you would like to rent a car and explore on your own, take Highway 307 south to Tulum and the turnoff to Coba. The journey to Coba takes about 90 minutes from Cancun and one hour from Playa del Carmen.

Twenty minutes north of Coba along the same highway is the tiny village and community reserve of Punta Laguna on the shores of a beautiful jungle-rimmed lagoon. For a small charge villagers will take you along jungle trails in search of the spider monkeys that make their home in the reserve.

On the return journey, call in at Tulum or Akumal for a late lunch on the beach and visit one of the many cenote parks in the Riviera Maya. 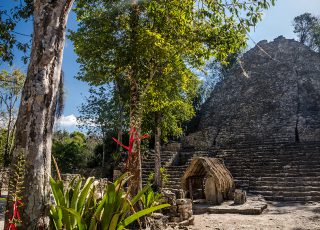 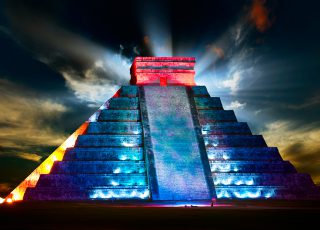 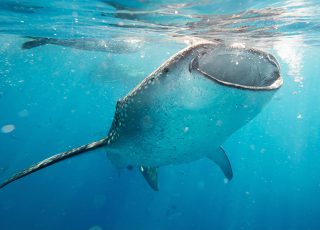